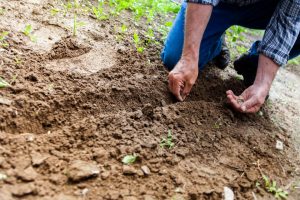 Every believer has God stories. The longer you live, the more you have.

Be ready to pull out your God story whenever someone who is not a Christian raises a “story of significance” of something that has occurred in his or her life.

Example: Fred and I work at the same factory. We usually eat lunch together. I’ve been a Christian a long time. Fred has shown no evidence of faith or interest.

At lunch one day, Fred says, “My wife and I have overspent our income. At the worst possible moment, the roof of our house started to leak. I had to borrow money to get it fixed. Now, we’re trying to pay off a loan. Money is really tight. It’s affecting our marriage. I don’t know what to do.”

Let’s say, at an early time in your marriage, you had a somewhat similar event, and looking back at it, it became a faith builder.

“You know, Fred, about ten years ago I had a wreck with my car. I stopped suddenly when a dog ran out in front of me while chasing a squirrel. The guy behind me plowed into my car—rear-ended me. It bent the frame and my car was totaled. The insurance didn’t cover everything so we borrowed money for a car. That’s when interest rates were high. It affected our marriage, just to have the stress. We went to this Christian counselor. For the first time, Jane and I started praying together. God answered our prayers. Our marriage has never been better. Sometimes God can use difficulties for good.”

The God story is just the beginning. Fred will demonstrate whether he wants to learn more. It may be right away, or a year later. If you don’t plant seeds, there won’t be a harvest.

Turn your faith inside out!