During the last 18 years, we have taken groups of North Americans to experience the resurrection of the church in parts of England. 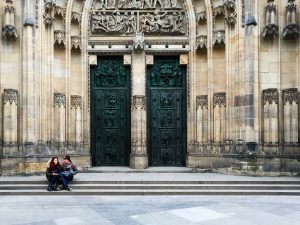 One of my favorite stops is the visit to a large cathedral hidden in a heavily populated neighborhood of London, near the Victoria and Albert Museum. The cathedral, like most in England, was built before America was a country. The four-foot thick walls tell a story: this church was built to last for centuries!

However, when Christianity waned in England, this cathedral was closed. The windows and doors were boarded shut. No one would consider tearing down that building. It was built to last. But it remained empty for several decades.

Today, that same church has a worship service at 4 PM on Sundays, which we often attend.

Most important: the place is filled—wall to wall people, most of them young adults, on fire for God.

When we visit this church, we don’t have to teach a lesson about how the church can rise again. Within a few minutes, our North American travelers get it:

That’s the point. And they will never forget it!

Why? Not because they read a blog post. They experienced it! Christianity resurrected.