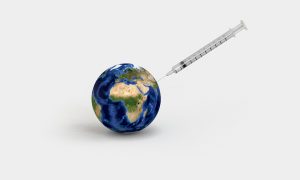 Have you ever heard about the Jesus epidemic?

Perhaps not. Most Christians seem inoculated.

Every pastor gets trained with tons of academic stuff. What no pastor gets is in-depth training in epidemiology: the study of epidemics.

Even more, every Christian should be trained by the Centers for Disease Control, to learn how epidemics work.

Then, they would know how to reach the world for Jesus.

Here’s how it works: