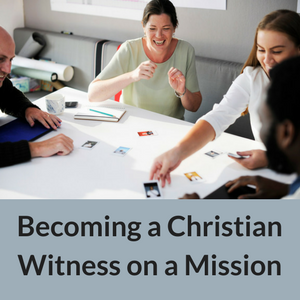 Mildred shared a “God story” in Bible class, because, for five weeks, I simply asked, “Before we pray, anyone want to share what God has done in your life this past week?”

Before moving on, think about changing culture: not by preaching at people, or shoving yet another program down the throats of a group of Christians who are already too busy with church stuff.

Remember, in the parable of the Good Samaritan story? There was a question: “So who do you think was neighbor to the man who fell among thieves?” Interrogative influence!

So, back to Mildred: Mildred was the first one to respond to my question in Bible class.

So what happened next?

Soon, I began to ask for God stories elsewhere around church:

What do you think happened next?

If you would like to know more, you can also subscribe to my podcast on Apple Podcast and Google Play. We will expand on this theme further in our series beginning on March 6, 2018.