For several decades, we’ve been working with hundreds of churches and thousands of church leaders. My relentless passion has been to discover how churches become more effective to reach people for Jesus. 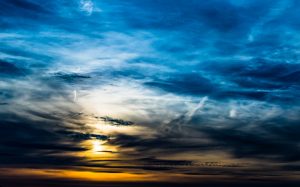 It sounds strange, but Jesus didn’t focus as much on what His followers were to do. He focused on who they would become.

More amazing, He never told them to grow the church. In fact, He told them directly, “I will build My church.”

The one thing He did tell them to do is make disciples…like He did.

So, in all your busyness at church, what if you cut out much of the stuff that wears people out and spent three years making disciples, focusing on who people are? Would that explode your church with growth and change your community?

It’s hard to comprehend. It just works. Jesus changed the atmosphere of the disciples’ lives.

Why do churches get wrapped up in doing stuff like the world does?

Is it hard to believe? Even though it works?